A simple google on the best mobile app development companies let the client to our website which created a solid impression on them through our experience and work in the mobile app development domain. They required a mobile app for kids that would embody the essence of the mission that the company was trying to achieve. The MVP was a story writing app that would encourage kids to write and express themselves with colours and pictures. We were to help them through the actual implementation of the app.

Through discussions, it was decided that a fixed scope plan of 4 weeks would be sufficient to carry out this task under a fixed engagement model. The entire duration of the project was divided into 4 phases with short sprints and multiple scopes. The design was already prepared by the client and shared with us, so the design team rested easy on this one. A communication channel through emails & Skype was put in place for constant feedback on the developed product.

The requirements of the app were quite straightforward and the selection of people who would work on this project was also quite obvious. Since the designs were done and provided by the client, the design team was not required to be involved in the process. So, we looked at a strong force of developers with varied areas of expertise to create a complete team. A total of 6 developers joined the force with 4 being experts in the technology of choice, led by Pranav & Faiz, the chosen team leads for the project.

Features that would let kids write and interact with the app in groups or individually.

User group based access rights to the app and views accordingly.

Features to evaluate and review submissions by users by a group leader.

The team was formally introduced to the client and with the pleasantries exchanged, work was commenced. The entire project would involve the creation of a UI in the image of the design provided by the client, the entire mobile application from scratch and the usual testing and integration.

The project was divided into 4 different phases. The first phase involved development of the UI with other essential features like a notepad, photo capturing functionalities and a canvas for sketching. The second phase involved implementing the authentication functions, UAC and other small features like messaging et cetra.

The approach implemented by the development team to tackle this project was to build the first release of the app at a stretch and later divide the remaining tasks into multiple quarterly objectives that would be delivered in further releases with membership previews and android support.

The project started with the implementation of one of the core features of this app, the sketch pad and notepad for stories and images. The drawing board was a trivial concept, which we did make sense out of with a proof of concept. Post that, multiple user types were programmed and the skeletons of their respective views were designed, which were then implemented along with the app screens and any enhancements that the UI required. Finally, the most challenging part of the project was tackled, which was the in-app purchase capability.

Testing was mostly manual, which was done during the development phase itself. The client was kept in the know about every step of the project and was given periodic releases to test and register feedback, which was worked on to make the app more stable and closer to its intended state. 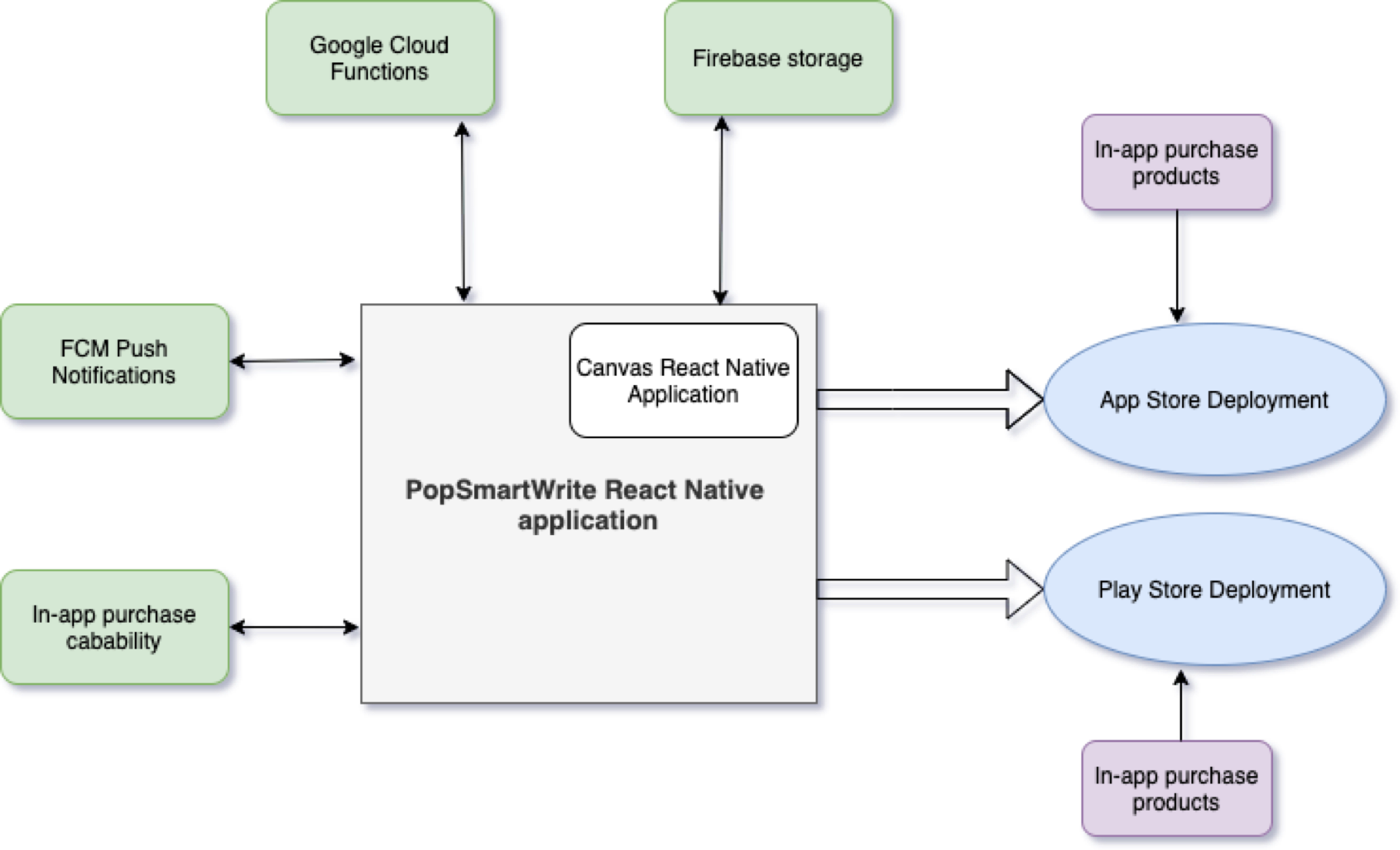 The process of development was fairly smooth and well ordered. Everything was on time and flush. Little hurdles did arrive but were no match for the experience of our team, with only one exception. The In-app purchase integration proved to be the trickiest part of the entire development process. It was implemented as an effort to introduce payment options without a third party payment library. The curation of the required API's was hard but after a lot of brainstorming sessions, endless discussions with the App Store representatives and multiple app submissions, the In-App purchase feature was implemented for bot iOS & Android. 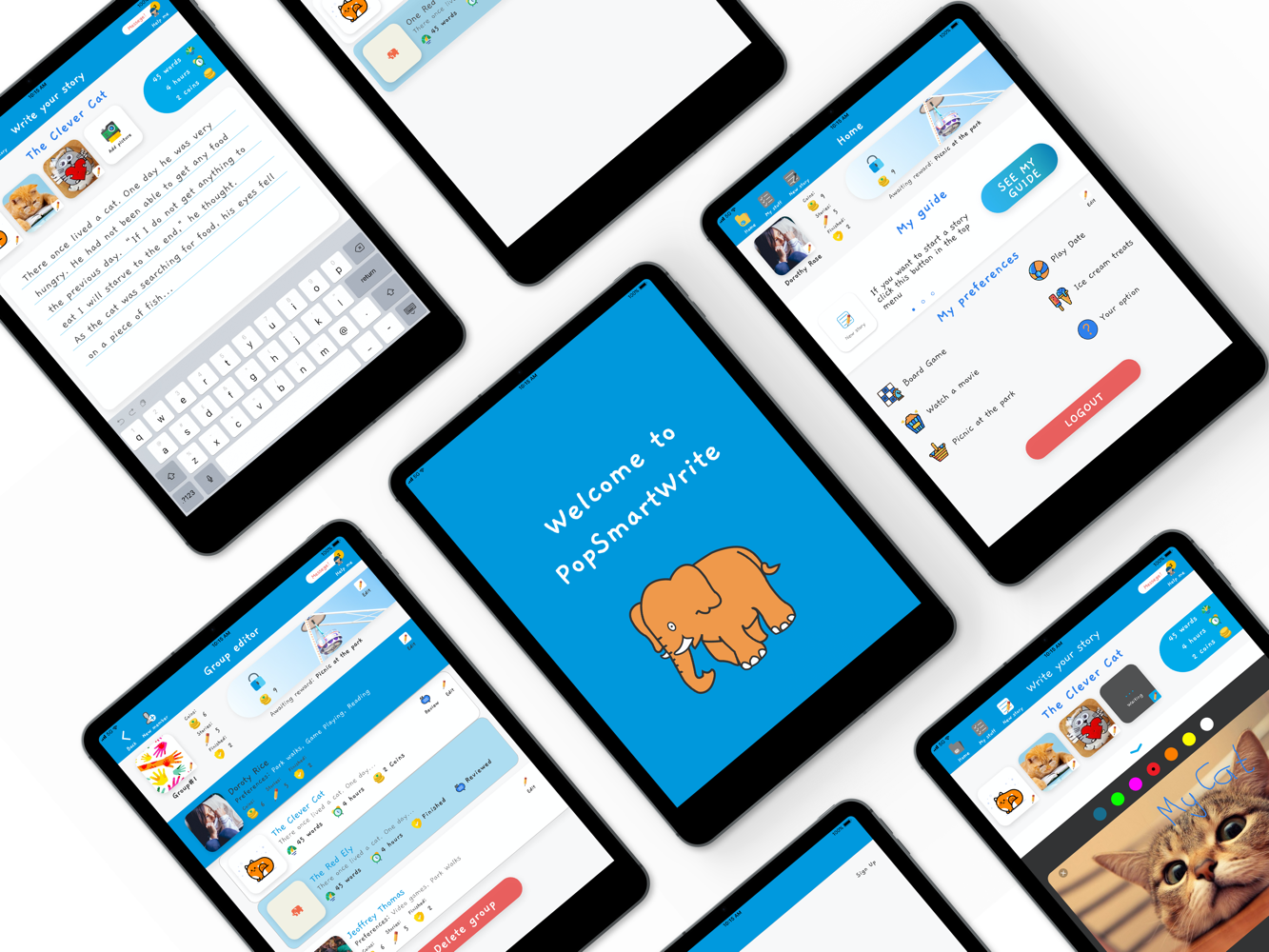 PopSmartKids is a revolutionary idea to make the best of technology for the little ones. We deployed the app on the App Store & Play store and is now available for download. The client was extremely happy with our work and they applauded our consistency in communication and responsiveness. Right now, the project has not yet concluded as we are delivering fixes and making the app better. We are ecstatic to help Priyanka and her team take another step towards their goal of giving the kids of the world the best of what technology has to offer and we value their partnership with us.