Cashing in on the Crypto rage, Zapit brings the best of crypto in the form of a universal payments app that allows users to send money across the globe seamlessly using Bitcoin Cash. Zapit aims to increase the adoption of Bitcoin Cash across the world through its services that make it easy to understand and use for anyone, anywhere with full control of their funds.

Following a search for the best mobile app developers in the world, the client organically entered our colony with a requirement to bring the existing Zapit app to a whole new level. The client discussed with us, the pain that the application faced while undergoing a technical transition from its existing state within Flutter, as well as its deployment on the iOS app store.

The nature of the project was inclined towards support and deployment rather than full-fledged development, hence making it a short engagement. Through a Time & Material engagement, the complete project duration was boiled down to 9 weeks, including support, account verification and deployment.

As a Time & Material engagement, the project can be assumed to have ever-changing requirements on a FC-FS basis. based on which a small team of highly skilled devs was the best fit, subject to expansion. For this project, a Flutter developer was deployed with a Team Lead overseeing the processes and one Client Experience Executive to ensure smooth operations and timely communications with the client.

Upgrade the existing app and its packages to Flutter 2.0.

A feature to create animations to make the learning experience truly interactive and enjoyable.

Web support for the app.

Zapit was an existing payment solutions app that was in desperate need of an overhaul. According to the client's requirements, the app was to upgrade its packages to support Flutter 2.0, given the fame of the technology and the reliability that it offers, which was a great choice. The app was facing unexpected issues during migration and that is what they needed support for, and we got to work on it.

The first step was to get on call with the client, gather as much in-depth knowledge on the requirements of the product as possible and create ballpark estimates based on the inputs of the client. After multiple iterations and alterations to suit the client's needs, the in-house design team would take the requirements and prepare different versions of the designs for the client. Once picked and approved, tickets would be created for the same and handed over to the development team.

As a first step, we took the existing application in and understood it in great depth, which was necessary for us to understand what the migration environment was like and what the source of the problems were. Since the client was involved in the development as well, a couple of informative discussions with the client did the trick. The next step was to figure out the source of the problems and fix them.

The major reason behind this upgrade was the code libraries being obsolete. The app deserved better support moving on, in order to be a viable payment solution app moving forward, and to do that, we moved forward to upgrade the libraries of the existing app in Flutter. User token decryption was a major issue that the app faced, which we solved by developing a solution that configures the app to use the appropriate decryption key for the appropriate token. With that, we went on to upgrade all the packages used in the app to their latest versions and refactored the code accordingly.

Finally, the client also requested for web support for the app, for which every package that did not support Flutter Web was also replaced by their counterparts and the code was also maintained accordingly.

From a QA perspective, the client was reviewing the app and testing it through every iteration alongside our team to ensure smooth function of the app and to avoid any unintended breakages.

The project was rather straightforward and streamlined. A major issue pertained to multiple users on the app, which was fixed by providing a bottom sheet in the splash screen. The user-id was being stored in the app using Flutter secure storage, so we moved the complete user details to a single database and rerouted all fetch requests to that database, which would then be visible on the splash screen.

By the time we were done with the app, Zapit was deployed on the App Store and was open to users across the globe. The client was extremely satisfied with the performance of the team at hand and their ability to manage and understand the project requirements as well as their communication skills. The client has also left some encouraging words on Clutch for us with a star studded review. We are extremely happy to provide intensive support to an amazing venture and hope to see its success through the years. 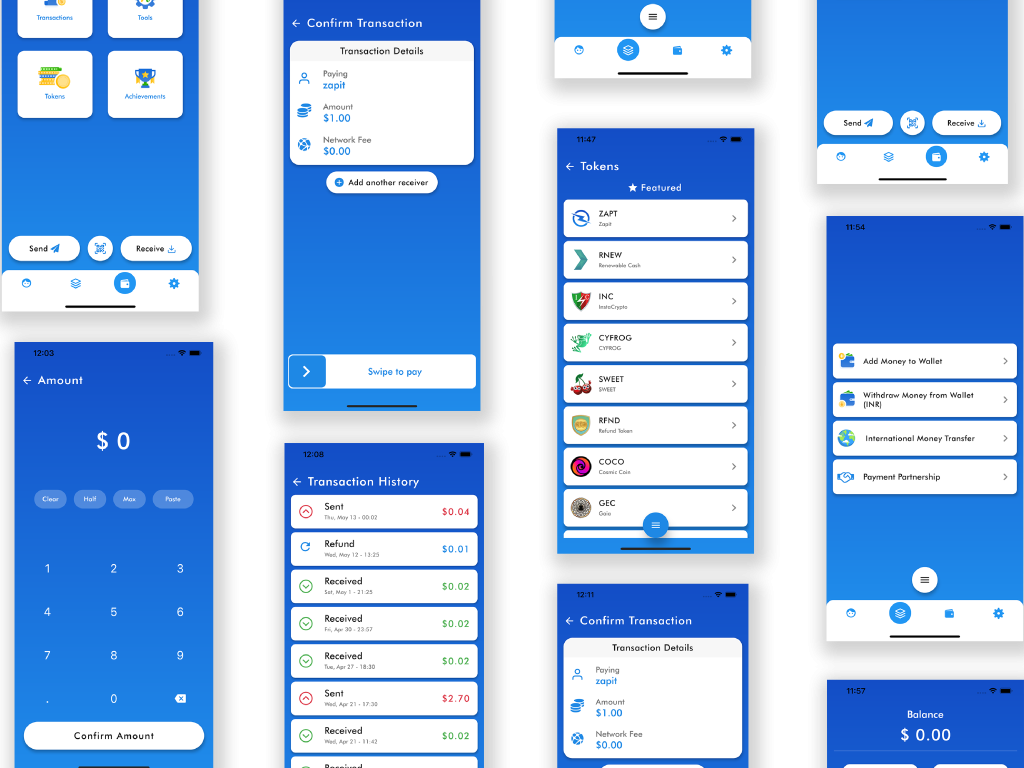